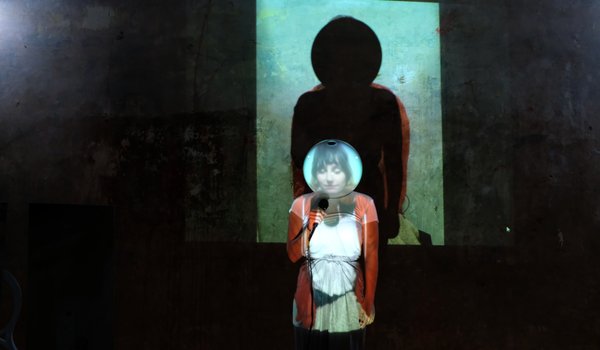 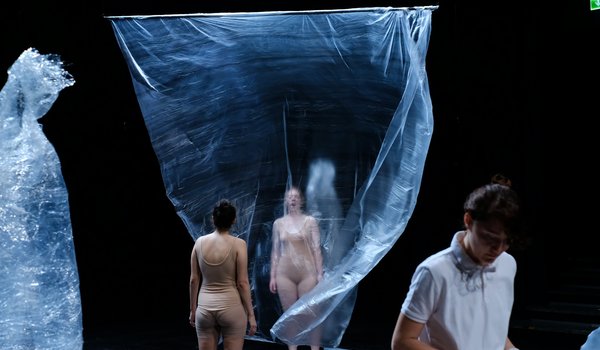 New Ways to do Theatre

a showcase of graduating students of the MA program in Directing of Devised and Object Theatre at the Academy of Performing Arts in Prague, led by Sodja Lotker
6th & 7th of December 2019

MASTER DEGREE IN DIRECTING OF DEVISED AND OBJECT THEATRE

The Master in Directing of Devised and Object Theatre offers advanced studies in the practice of theatre-making with a twofold focus: learning the process of devising a theatre performance from scratch, with a strong emphasis on a visuality of expression. Students will learn to create theatre performances with strong visual, spatial, object,  media (low tech) as well as participatory, documentary, immersive and political aspects, as well as working in other related performance forms such as scenographic installations, sound performances, sound walks, interactive and public space performance as well as other types of performances with non-traditional theatre settings.

The process is based in devising techniques: creating thematic, conceptual, and/or documentary projects that are not based in pre-written plays, but are created mainly through the process of rehearsing, often as collaborative work of the whole creative team.

Students will learn to work with variety of authentic, found, and created material: poetry, images, fragments of plays, songs, historical events, personal stories, scientific findings, common knowledge, pop culture etc. Students will further learn a conceptual approach to research and development of materials, creating specific performance structures (in the sense of narrative, space, and relationship to audience), from specific material, and proposing new ways for audience to perceive/experience the performance. The course aims to provide the students with skills to become independent authors.

The degree is in directing, where directing is understood as an expanded practice, with the potential to work within the fields of design, writing, and performing, to prepare students for work in theatre forms without strict divisions of roles within the creative team. Students will be guided toward becoming independent creators making their own artistic work. Devising includes both creating and performing. The conceptual and performed aspects are often intertwined.

The main focus of the study is to develop student’s own language, style and aesthetics, and to explore their own voice.

MgA. Sodja Zupanc Lotker, Ph.D. works as a dramaturg for independent devised theatre, dance, media and site specific projects, working often in unusual performance spaces in Czech Republic, USA, Brazil etc., for instance with CIA Dani Lima, Lotte van den Berg, Farm in the Cave, Cristina Maldonado, Jan Mocek, Julian Hetzel, Ahilan Ratnamohan as well as Wojtek Ziemilski. She was Artistic Director of the Prague Quadrennial of Performance Design and Space 2008-2015, and has curated numerous exhibitions and events for the PQ since 1999. She has been teaching and giving lectures Columbia University, Yale School of drama, KhIO Oslo, Central School of Speech and Drama London, Kiasma Helsinki and a number of festivals and symposia.

Search for Contexts 1 & 2 (theory and writing)

Workshops (with Czech and international artists and curators of different disciplines)

Workshops (with Czech and international artists and curators of different disciplines)

Students have the opportunity to extend the writing of the thesis and the final exams into a third year. The year does not require payment of additional tuition fees, as it does not include access to production sources (rooms, equipment, workshops, transport).

Written thesis is usually focused on students own final work, trajectory and research towards that work and its historical and theoretical context.

The study program includes a series of theoretical seminars through which students acquaint themselves with contemporary performance, devised, object and puppet theatre both in the Czech Republic and around the world.

The foundations of the program involve practical work that provides the student with a hands-on experience with all the elements and in all the phases of project creation: selecting a theme; building a concept and dramaturgical structure; processing material; sound, visual and spatial design; dramaturgical work with material; creating material through rehearsal; performing and working with performers; work with puppets and objects; work with audiences.

In order to graduate, students must present a performance during the second year of their studies as well as a written thesis containing a reflection of their artistic work.

Currently there is no applicable scholarship program at the academy.

To apply, students must have a bachelor degree and demonstrate an appropriate level of spoken and written English for creative university study. Bachelor diploma in directing or theatre is not required. We accept applications from bachelors of variety of different arts and humanities fields.

All materials, including hard version of application form, must be sent via surface mail not later than February 14, 2020.

All materials must be submitted in English (or must be translated into English).

Selected applicants will be invited to attend an onlone video interview on the 11th and 12th of March, 2020.

Please note: DAMU will not return any items submitted for admission consideration.

Study programmes at the Department of Alternative and Puppet Theatre focus on exploration of the very essentials of what theatre is, how it can be perceived, what social functions can it fulfil nowadays, what are possible directions of its development, where are its borders and crossovers.

The studies are based on the fusion of the long-standing pedagogical experience of Czech puppetry school and tendencies rooted in Eastern European theatre of avant-garde and movement of „open theatre“.

Beside the craft skills, theoretical and historical knowledge, the artistic research here is focused on areas of primary roles in theatre – it is testing division to traditional roles as director, dramaturg, actor, stage designer, costume designer, composer or dancer. Emphasising collective creative work, these roles are disturbed, overlapped, intersected a de-hierarchized. These tendencies apply especially in process of rehearsals, which we understand as core of the creation.

The above mentioned practices are researched in areas of figurative and puppet theatre, DIY, happening, performance, dance, visual expression, contemporary music or for example musical, documentary, political or physical theatre, or as contrary, in archaic theatre or theatre with non-European roots. Theatre principles are extended to radio and musical compositions or experimental film, as the theatre does not necessarily have to be staged in theatre venues and is able to transmit its principles to different artistic forms. And vice versa – theatre tries to transform inspirations and tools from other artistic forms into stage work.

The source of inspiration doesn’t have to be only dramatic literature, but also, for example, research papers, discoveries from botanics, mineralogy, alchemy, hermeneutics, philosophy or psychology, as well as mathematics, obscure cinematography, novels, poetry, essays and treatises, chronicles, jazz, baroque music, or metal.

The common territory of studies is a post-dramatic theatre, devised theatre, postspectacular, puppet, object, physical. More than on studies of established methods and craft rules, the focus is moved to space for questioning, searching different or new language. Theatre is not absolutely known phenomena, it is a space for continuously necessary defining of oneself. Should contemporary theatre stay alive, it must be more a question than a verified genre. And, moreover, the theatre professions as directing or stage design, are not the goal of studies, that has to be perfectly handled.

An important aspect is, besides studying of theatrical or performative language, common and open studies of students of all disciplines, sharing experience and knowledge and open reflecting of each other’s work. Accent is also placed to theatre history, contemporary theory and teatrological methodology as essencial context to practical tasks and stage projects.

In 2020 a new international joint master degree course of Puppetry will be launched by four Central European Academies (Academy of Performing Arts in Bratislava – Slovakia; Academy of Performing Arts in Prague – Czech Republic; The Aleksander Zelwerowicz National Academy of Dramatic Art in Warsaw Puppet Theatre Art Department in Bialystok – Poland; University of Theatre and Film Arts Budapest – Hungary). The aim of the four-semester master program is to exchange the methods and educational forms in a 21st century context in order to provide the graduate with high--level puppetry education. The studies are organized in a different city each semester, with a specific focus on particular skills and knowledge of puppeteer, exploiting the strengths of each participating academy. Students have the opportunity to meet internationally acclaimed masters, to experience a variety of approaches in four prestigious academies and to get involved in professional theatre and art communities in four Central European cities.

The graduate possesses the qualifications of a puppeteer, specific professional skills concerning craft and artistic creation, uses a wide range of acting techniques, knows the possibilities of different puppet techniques, theatre of object and other unconventional means of artistic expression as well as the theatre of animated forms. The course is open for applicants with all sorts of BA diploma qualification, the graduates of art academies as well as humanities from all around the world. The study programme is conducted in English.